Today's your 17th birthday. You wake up, analyzing the list of people you plan to invite to celebrate, but notice something feels... off. Then you hear your little sister call for you downstairs, and learn you and your entire neighborhood have been transported to ANOTHER world!

What happens next, how your story unfolds is dictated by your decisions... including your very first choice!

New Dimension was my attempt at my own Choose-Your-Own-Adventure style novel, which was last modified January 24, 2009 (so I may have started it in 2008) and never finished. In 2011, upon discovering Ren'Py (and before starting Tofu Sheets Visual), I was going to convert this idea with some changes to a fully voiced visual novel (and I mean fully voiced, including narration). That was a huge undertaking that didn't quite get off the ground and remains in development hell to this day.  But it set a series of events into motion that caused TSV to even exist--getting a PM from Alexander Kwan interested in voicing, casting him in "Operation: Magic Hero", starting my first gen  team, etc.!

So despite this story predating TSV, I still consider it important to my dev'ing journey since it's the earliest example of me writing a multi-route story, similar to how VNs work minus any pictures or audio. It also gave me an excuse to finally try my hand at the Twine engine, which I found to be the best way to present this story--as a text adventure!

Please keep in mind, since it is unfinished, there will be many abrupt ends, including some choices leading to the default "double-click to edit text". Only 1 ending was ever finished, and is available to reach in this story. Even so, I hope you enjoy reading what is there. If the story is popular enough, I may consider finally bringing it to a conclusion, otherwise it shall remain as is for historical purposes.

With that said, I hope you enjoy the story regardless! It certainly was ambitious!

I always find it interesting to look through unfinished projects, and this one was doubly fascinating for the fact that it actually has at least one ending!

The telltale signs of an early project are present everywhere from the obvious intended breadth of story options available to the variety of settings and tones the story can take. It really gives the feeling of kinda throwing everything at the wall in an attempt at a grand adventure. And sometimes it kinda works and other times its a bit odd. There are some spelling errors or some weird HTML issues it seems, but of course this was your first big game attempt and its over a decade old (my game attempts from a decade ago didn't even have code). It's a charming preview of what was to eventually become TSV, and I can see little parts here or there that remind me of later projects. Specifically the idea of characters finding themselves locked in a weird place, and the fact there's main characters who are siblings.

I did go through every option I could find so I did hit a number of "Double-click to edit" dead ends, but I was genuinely surprised by how many times the story continued through. There was a couple parts where I did genuinely wish the story continued through, and frankly one I think could be broken into its own standalone game possibly (I won't spoil those here though).

It may not have been finished, and likely never will be, but I'm happy it led to the start of your indie dev career proper!

I'm glad you found it fascinating and seemed to enjoy it! Yeah, I was trying to do a lot with it, and it originally had no code--I just thought pasting it into Twine would be the best way to present (since originally it was a wordpad document where options would say "if blahblahblah, go to A5" lol) I genuinely did like some of the directions the story went into and would like to explore it, maybe someday, but even if I never get to I wanted to present it here due to its historical significance to how my dev'ing journey started, even if it does predate me actually using engines. 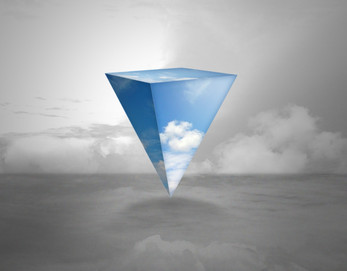