A downloadable game for Windows, macOS, and Linux

Meet Historia, a rekishi otaku who works as a caregiver at an elderly boarding house. She's absolutely IN LOVE with history and fangirls over the heroes of old. It is an impossible dream... but she'd really like to meet them someday... little does she realize that perhaps these long forgotten, beloved heroes may be closer than she thinks...

DISCLAIMER: This was a submission to "So Bad, It's Good!" Jam 2020.  All mentions of "purchasing" in game or on the game's page is purely for parody purposes in nature of the jam and should NOT be taken seriously--our team, in no way, will ever ask you to purchase anything, and both the demo and upcoming completed version  will remain forever FREE.

Choose the .zip marked with your OS! "COMPLETE" is the full game with everything, "SBIG EDITION" is the original jam release.

I loved it. I meant to play this a long while back I'm glad I got to finally play it now. I found this game through El.Seth. I loved the punniest pun mester.

Edit: This game on its own was pretty good. The golden ending reminds me of Time Hollow for the DS now that I think about it.

Thank you for playing! I am happy you enjoyed it~

I've been looking forward to this for months, and you've delivered. Of course I procrastinated actually playing it for a few days, but hey, it meant playing the bugfixed version.

The graphics didn't blow me away, but the character portraits were pretty nice and the world sprites (stock RPG Maker?) did their job well enough. Voice acting is always an instant +5 to perceived production value. The story was surprisingly engrossing- I remembered it being slow to start but this time around it drew me right in. I wanted to figure out the mystery (even though it was mostly pretty obvious) and change everyone's fate. I was invested in the characters and the world, and it had emotional impact.

At the same time it falls into a really weird space in my mind. It was originally made for SBIG Jam; I felt it missed the mark then and it misses the mark now. Even knowing a lot of the choices were deliberate, it feels more like an earnest and promising but frustratingly flawed game than one that's good because it's bad. The dodgy environments, lack of challenge, odd memes and overall jank detract from the experience more than they add to it. I'm not entirely sure if it's related but the story also didn't quite come together.

Don't get me wrong, I still enjoyed the game immensely. I was up way later than I should have playing through each path. It just felt kind of weighed down throughout my playthrough. Still, I'm looking forward to what you bring out next!

EDIT: Also, history marches on, and now that title really has some, um, connotations.

Thank you for playing the full version! I am happy you enjoyed it, despite its flaws. Haha, you find it in a weird place of not being bad enough but more like a game that doesn't quite reach? I do admit, I tend to go for that flavor, and I won't lie that I have come to love this little world I created and may make another game based in Terrene, exploring the other regions and having characters of the other races briefly mentioned with some cameos from our heroes, haha. But yes, I do agree it can seem odd and not all coming quite together, but that is sort of done on purpose.

Anyway, thank you for the very thoughtful review! It helps me strive to do better next time in some areas, although for SBIG perhaps I have to actually dial it back... lol. 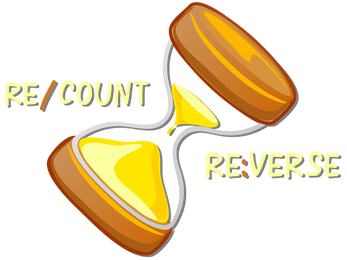 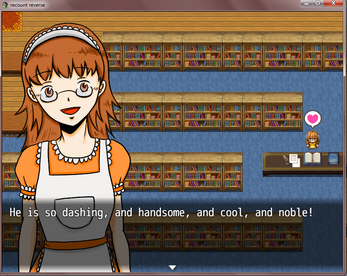 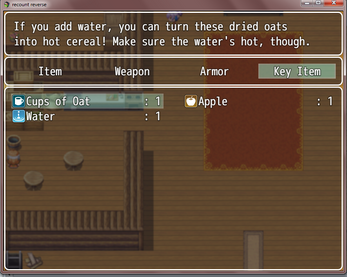 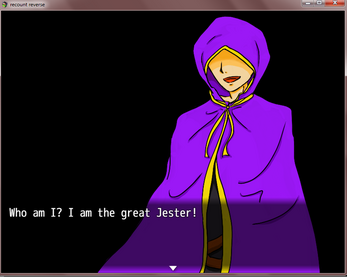